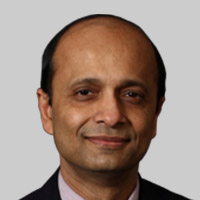 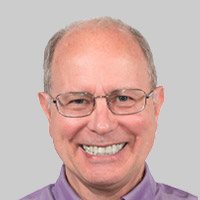 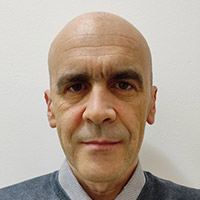 Alberto Frache is Full Professor of Materials Science and technology at the Department of Applied Science and Technology of Politecnico di Torino. He is co-author of 125 peer-reviewed papers in Scientific Journals indexed by the main scientific database with a total of 4118 citations (from Scopus) and an H-index of 34. The mainly current research activities are: studies on polymeric nanocomposites; studies on lowering of the environmental impact of polymer materials bioplastics and natural fillers; studies on degradation, biodegradation and recycling of polymers and biopolymers; studies on polymer materials for 3D printing with FDM technology. He was the Scientific responsible of the Research Unit of Politecnico di Torino in different European, national and regional projects. He has held the following official positions as Scholar/Visiting Professor in Beijing Institute of Technology, National Laboratory of Flame Retardant Materials, Beijing, (China) in different periods between 2014 and 2017. 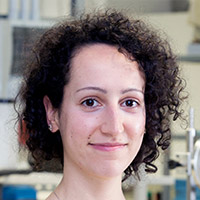 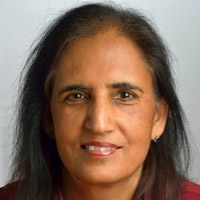 Prof. Kandola is Professor of Materials Fire Science at the University of Bolton, UK. Since her PhD studies, she has been working on fire retardancy of materials ranging from natural and synthetic fibres, textiles, polymers to glass/carbon fibre-reinforced composites. Her research work involves incorporation of reactive components or additives including nano and microfillers, into polymers by melt blending, in-situ polymerisation or as surface treatments and the study of the combustion behaviour of modified polymers. Her other interest is to study the effects of different treatments on residual mechanical properties of heat/fire exposed composites. This also includes development of a predictive mathematical model to establish relationship between amount of additives, fire performance of the composite and its mechanical properties before and after fire/heat exposure. She has published over 200 articles in academic journals and books and presented papers at many international conferences, many of them as an invited speaker. She has been guest editor of special editions of ‘Polymer Degradation and Stability’ and ‘Polymers’ journals. 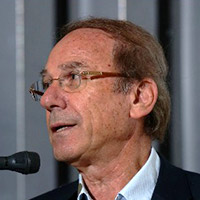 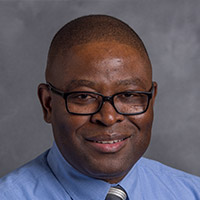 Dr. Laurent Matuana is a Professor and Associate Director in the School of Packaging at Michigan State University. His teaching, research, and outreach activities focus on various aspects of polymer processing and bio-based composite materials. He is a Fellow of the Society of Plastic Engineers (SPE) and serves on the board of Directors and Technical Program Committee (TPC) of the SPE’s Vinyl Division. Dr. Matuana is the past Associate Editor of the Journal of Vinyl & Additive Technology and has also served on the editorial board of this journal in the past. He earned his Ph.D. degree at the University of Toronto, Ontario, Canada. He also holds B.S. and M.S. degrees from Université Laval, Québec, Canada. 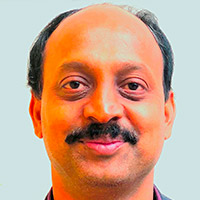 Prof. Nanda Gopal Sahoo earned his Ph. D. degree in material science from Indian Institute of Technology (IIT), Kharagpur in 2004. After pursuing his Ph.D. degree, he worked in several countries with eminent scientists for nine years in various fields of materials science especially in the field of carbon nano materials and gained expertise and scientific orientation in several streams. He held the Scientist position (2012-13) in the Institute of Materials Research and Engineering, A*Star, Singapore. Prior to this, he was attached as a scientist with the Energy Research Institute at Nanyang Technological University (NTU) (ERI@N) (2011-2012). In 2008, he was awarded the most prestigious Lee Kuan Yew fellowship (2008-2011) in the School of Mechanical and Aerospace Engineering (MAE), NTU. Prior to the Lee Kuan Yew fellowship, he had the opportunity to work as a Research Fellow at the School of Chemical and Biomedical Engineering, NTU, (2006-2008) and at the Artificial Muscle Research Center, Konkuk University, South Korea (2005-2006).

After working for several years with different eminent groups, he joined the Department of Chemistry, Kumaun University, Nainital as an Associate Professor in 2013. Presently, he is holding the position of Professor in the Chemistry Department. He is among the few BASE fellows sponsored by Indo-US Science and Technological Forum for advancing their research in the field of solar cell development in Virginia Commonwealth University, USA, 2014. He received the “National Award” for Technology Innovation from the Ministry of Chemicals and Fertilizers, Department of Chemicals and Petrochemicals, Govt. of India, 2018.

He has also received the prestigious Uttarakhand Governor best research award in 2017 and Uttarakhand Ratan in 2019. His international and extensive research experience has allowed him to significantly contribute to many areas of research and development such as solid waste management, fuel cell, nanopharmaceutical, drug delivery, polymer nanocomposites, polymer chemistry, and particle technology. He worked also as a visiting scientist at Free University of Berlin, Berlin, Germany and Konkuk University, Seoul, South Korea.

As per my career and research achievements, to date, he has published 103 journal papers in high-quality international journals, filed 10 patents and presented 88 papers in international and national conferences & symposiums. His total citations according to Google Scholar are 7900 and h index is 37. 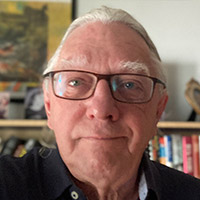 Norbert Sparrow has been editor in chief of PlasticsToday since 2015. He has more than 20 years of editorial experience in business-to-business media, starting with European Medical Device Manufacturer and ultimately overseeing the editorial content for publications and websites serving the medical device manufacturing supply chain in North America, Japan, and China, as well as Europe. Sparrow studied journalism at the Centre Universitaire d'Etudes du Journalisme in Strasbourg, France, where he earned a master's degree.

The legacy brand of Modern Plastics — the oldest US plastics trade magazine founded almost 100 years ago — and Injection Molding Magazine, PlasticsToday covers news and developments in plastics processing with an emphasis on the mobility, medical, and packaging end markets. In addition to the website, www.plasticstoday.com, PlasticsToday engages with its audience via daily newsletters, social media platforms, webinars, and white papers, and it is associated with the Plastec, PLAST-EX, and Expoplast trade shows in North America. 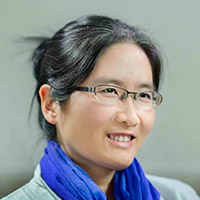 Dr. Rui Yang received her Ph.D. in polymer materials at Tsinghua University in 2005. She has worked in the Department of Chemical Engineering, Tsinghua University since 1996 and became an associate professor of polymer materials in 2004. From 2008.4 to 2009.4, she worked at School of Chemical Engineering and Advanced Materials, Newcastle University as a visiting scholar. Her research interests include: 1) Aging behavior, mechanism and stability evaluation of polymer materials and lifetime prediction; 2) phase change material (PCM) and composites for thermal energy storage and 3) Structure-property relationship of polymer materials. She has published two textbooks - Analytical Methods for Polymer Characterization (CRC Press) and Advanced Instrumental Analysis of Polymers (Tsinghua University Press). She was awarded the Second Prize of Natural Science Award of Ministry of Education of China in 2005, and the Second Prize of Science and Technology Progress Awards of Beijing in 1999. She is the Board member of Youth Council, China Society of Materials Research, the Board member of Materials Division, Chinese Mechanical Engineering Society, and the Secretary-general of Professional Committee on Polymer Materials. She is also the editorial board member of Polymer Degradation and Stability, Polymer Testing, BMC Chemistry and Journal of Functional Polymers.

This site uses cookies to recognize members so as to provide the benefits of membership. We may also use cookies to understand in general how people use and visit this site. Please indicate your acceptance to the right. Learn More..